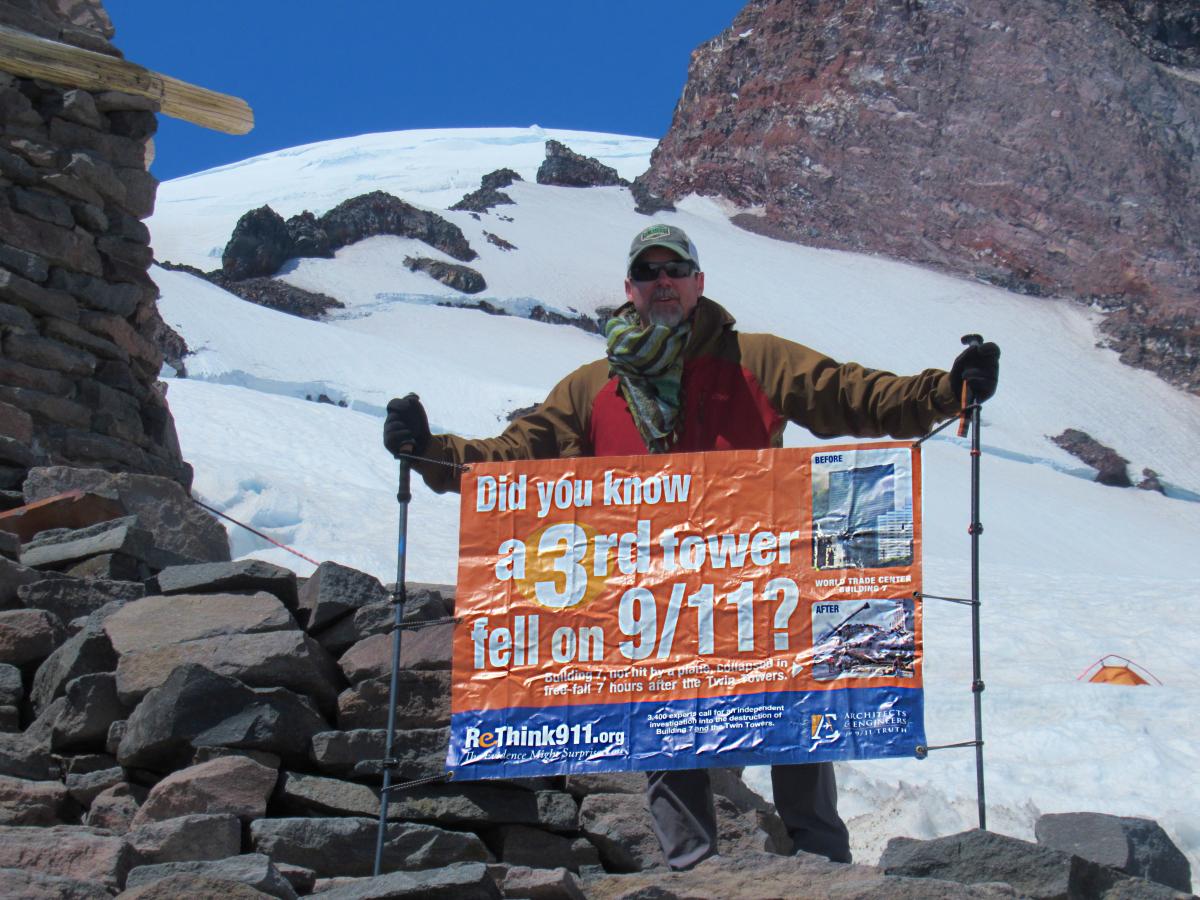 Did you know a 3rd tower fell on 9/11? Click here to head over to the Justice for 9/11 Heroes and Firefighters for 9/11 Truth page for more information on that 3rd tower.

Trail Report: What started as a run-of-the-mill hike up to Camp Muir got sketchy when a thick intermediate cloud deck rolled in. Started the ascent with clear skies and had made it to about 7,000 ft when the cloud layer formed. Visibility dropped but was still maybe 100 yards or so, enough to make out the bootpack and some reference features so no biggie. About 8,000 ft it opened up to clear skies the rest of the way up.

Had a sandwich and hot soup at Muir then turned around...looking down at the clouds socked in below.

Entered the clouds around 8,000 ft or so and things quickly turned to complete white out. Visibility dropped below 10 ft and after several hundred feet of descent it became disorienting. The boot path heading up had melted out significantly so all visual references were lost. Switched over to GPS (carry primary and backup) and spent the next hour descending 2,500 ft while checking the display every 3 minutes. Dropped beneath the cloud deck at 5,500 ft (last two pictures below) into clear visibility for the rest of the hike down to Paradise.

Most complete white out experienced to date. Not exactly a fun feeling.

Gear: Carry a reliable GPS. Hiking poles and boots were all that was needed, never felt the need to break out the microspikes.

Back to main blog page